What is Paintless Dent Repair? Is it right for your car? 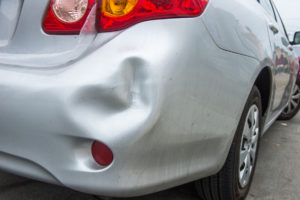 Looking for a quick way to fix those unsightly dents on your car? Try paintless dent removal, a fast and efficient repair technique offered by most of today’s professional auto body shops. Although first invented more than 80 years ago, paintless dent removal is growing increasingly popular with today’s car owners who want to save time and money while restoring their car to its near-original appearance. The procedure is performed at a Fix Auto location near you or any paintless dent repair shop.

What is paintless dent repair?

Paintless dent repair (PDR) is a safe and eco-friendly technique for repairing and restoring a vehicle’s body to pre-damage, near pristine condition. The PDR method is commonly used to remove dents and dings from cars, as well as to repair damage to the car’s exterior caused by natural elements and environmental toxins.

So, what is paintless dent repair? Think of it as both a process and a technique. The PDR process involves four phases.

This involves identifying the dents, assessing their size and the degree of damage, and determining whether it can be addressed with PDR. In this phase, the technicians will determine whether or not the car is a good candidate for paintless dent repair.

In many cases, our technicians will need to access the area on the other side of the dent, which requires removing panels and other parts of the car’s exterior.

The technicians are like surgeons, before they operate, they need to get a better view of the dent in question

4. Massage out the dent

At this stage, technicians use special tools that apply pressure to the back side of the dent to “massage” the dent and return it to its previous condition.

We often get the question, “Is paintless dent repair good?” Sure it’s good, but maybe a better question to ask is whether it is right for your car and whether it is a good option for your car. The answer to this question turns on the type of dent, its size, and location on your car.

How effective is paintless dent removal?

Paintless dent repair is most effective with small and medium-size dings and dents, though it can also work on larger dents. But generally speaking, think grocery store parking lot dents, hail damage, and other shallow dents. The deeper the dent, the more challenging the procedure will be. So, how effective is paintless dent removal? It can be very effective as a remedy for minor and moderate damage to your car.

What are the benefits and advantages?

Assuming your dent is a good candidate for paintless repair, this technique offers many advantages and benefits.

Traditional dent repair, which fills in dents with paint or body filler, takes longer than PDR, is more expensive, and can negatively affect the resale value of your car.

Paintless dent repair doesn’t use fillers and is potentially more effective, because, unlike traditional methods, PDR addresses the underlying cause of the dent. As a result, PDR can be a more sustainable and longer-lasting solution.

How does paintless dent repair work?

Highly trained technicians use specialized tools that apply pressure from the back-side of the dent. This allows them to push the dented area back to its pre-damage condition essentially or pull it back into shape. Because it is not considered an invasive technique, it does not damage the original coat of paint and requires no retouching or refinishing.

Is paintless dent repair a long and time-consuming process?

Most paintless dent repairs don’t take long at all and are usually finished by the end of the day. How long it will take depends largely on the position and severity of the dent; some dents that suggest more substantial damage may require more time on the part of the technicians.

If you are wondering if your newly discovered dent on your car is a candidate for PDR, make an appointment with us. Don’t wait too long, because, if left unrepaired, dents expand and become even more significant problems.