Is Driving With Snow On Your Car Illegal? 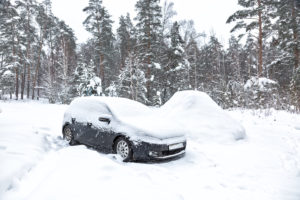 Driving a car on roads covered with snow, ice, or slush can be a risky proposition. But, what about when your car is covered with snow? Does it make it even riskier to drive in winter conditions? Is driving with snow on your roof illegal?

Yes, it’s riskier. And yes, it’s against the law – in some states. Not all states have laws prohibiting driving with snow on your car. In fact, barely one-fifth have any kind of laws regulating this kind of activity. Currently, these states include:

Is Driving With Snow On Your Roof Illegal?

In states that prohibit driving with snow on your car, having snow on the roof can result in a violation and a fine. As with many motorized vehicle regulations, the laws vary from state to state. So can the degree to which police and highway patrol officers enforce their state’s regulations.

For example, Pennsylvania requires drivers to remove all snow and ice from their cars before heading out on roads. This includes driving on freeways, where motoring at high speeds can blow ice and snow onto other vehicles and cause accidents. Drivers face fines up to $1,000 if snow or ice is blown off their car and hits another car or a pedestrian.

The state of Connecticut requires commercial and non-commercial drivers to clear their vehicles of snow and ice – including the hood, trunk and roof – before getting behind the wheel. However, drivers can’t be cited if snow starts falling after they are already on the road. In situations where the “no driving with snow on your car” rule applies, the fine is a modest $75.

When snow or ice hits blows off one vehicle and cause damage or injury to another, the fines are much higher – up to $1,000 for non-commercial drivers and $1,250 for commercial drivers. Connecticut State Police have also been aggressive about enforcing the law. In the first six weeks after the law was enacted, they wrote more than 230 tickets, which resulted in fines approaching a total of $28,000.

Ohio doesn’t require drivers to clear snow and ice from their vehicles before setting out on the road. Instead, they strongly encourage motorists to do it as a courtesy to other drivers. Many states have the same stance on this issue, but as more become aware of the potential dangers of driving with snow on your car, more are likely to enact legislation against it.

What Makes Driving With Snow On Your Car Dangerous?

Many people wonder why driving with snow on your roof is illegal. After all, it may seem hard to imagine how a small amount of snow blowing off a car could cause serious damage to another vehicle or a pedestrian. But there are many factors that make it dangerous. These include: 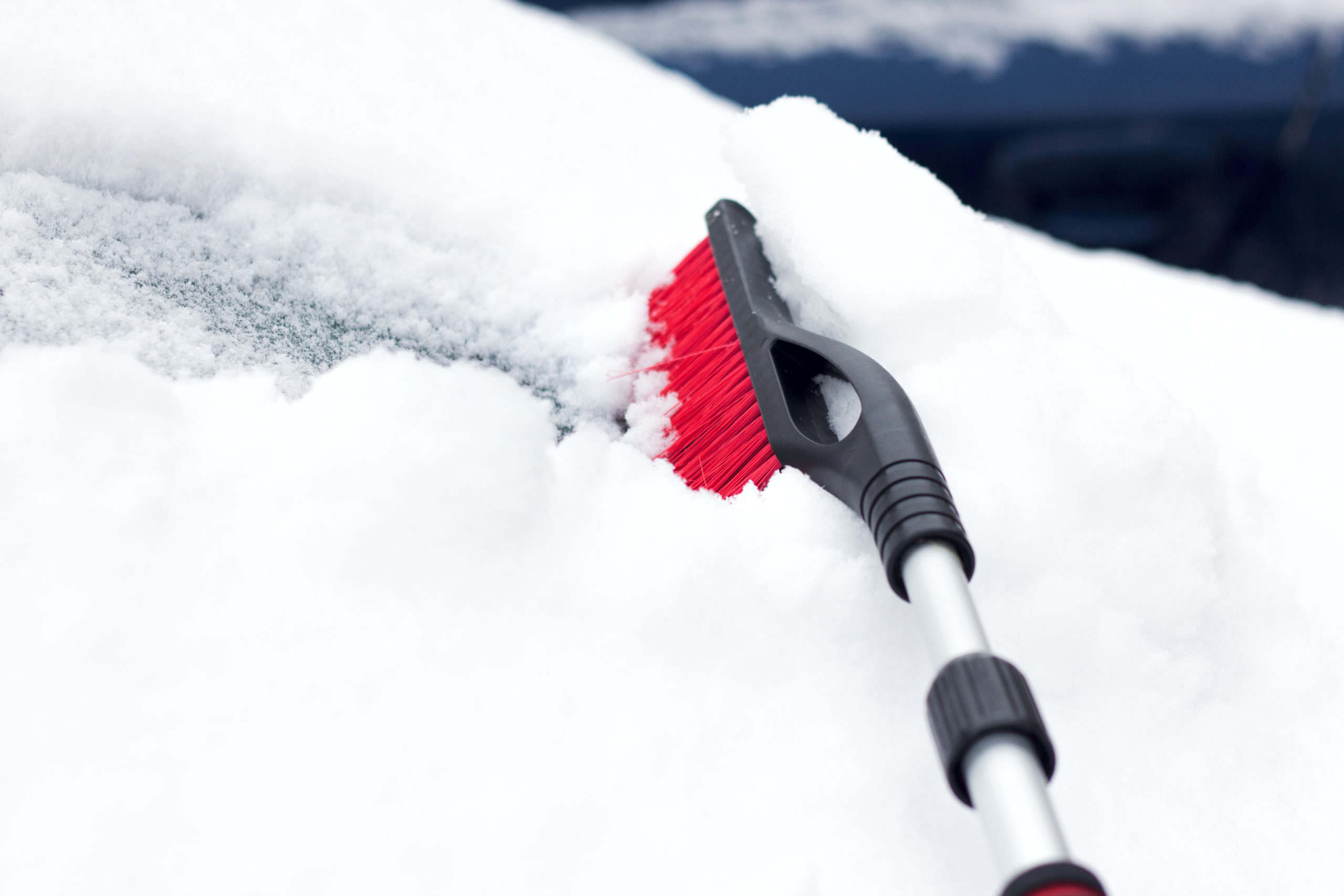 How To Remove Snow From The Roof Of Your Car

The best way to avoid snow or ice buildup on your car is prevention. This means parking inside a garage or other covered area so the snow doesn’t build up in the first place. If you have no choice but to park in uncovered areas, using a snow cover can prevent snow and ice buildup on your windshield. These are relatively inexpensive and easy to install. Many use magnets to attach the cover to the metal around the windshield. When you return to your car, simply remove the cover, shake off all the snow or ice, and stow it in the trunk until the next time you need it.

You can also get car windshield full top covers for extra protection. These cost about the same as a windshield snow cover, but protect the windshield and the top of your car. Most are attached using adjustable hooks and straps that keep the cover firmly in place over your car. Full top covers can also be used to protect your vehicle from sun and dust during the summer.

When snow and ice pile up on your car, the goal is to remove it without damaging your vehicle. A lightweight snow brush designed for use on cars provides a safe option. If you have a minivan or other long car, you may need to get a brush with an extendable handle in order to reach all areas.

On a harsh winter day, the last thing you want to do is stand outside in the cold, scraping snow and ice off your car. But if you live in one of the states that prohibit driving with snow on your car, it’s a task that must be endured. Otherwise you could be liable for hefty fines and a ticket on your driving record. Worse, you could be responsible for an accident that results in injury or death.

Even if your state hasn’t made it so that driving with snow on your roof is illegal, common sense dictates removing snow and ice before you drive. It’s a courtesy to other drivers, and the life you save could be your own.